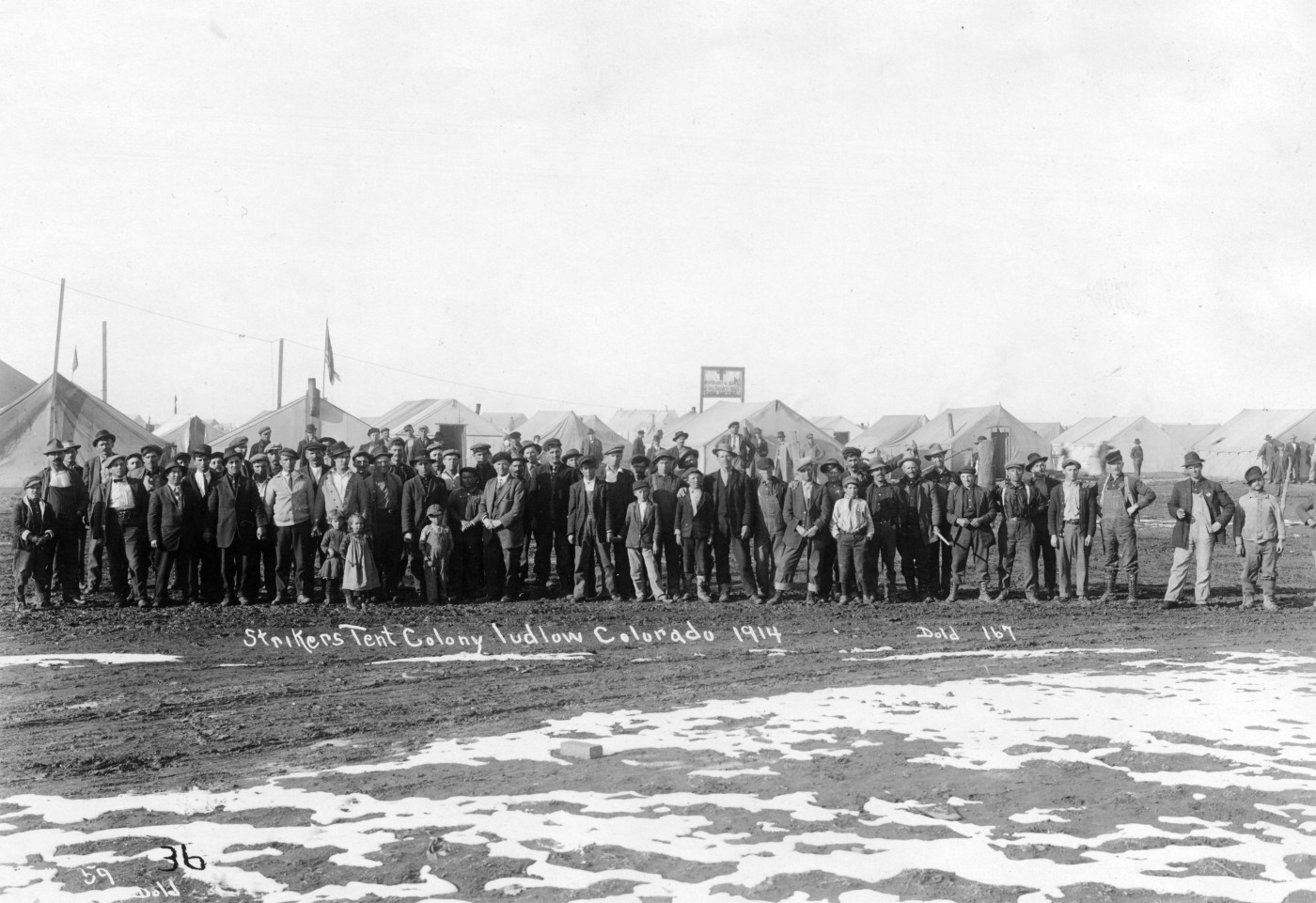 A tragic massacre occurred on April 20th 1914 in Ludlow, Colorado. The problems in Ludlow began on September 17th 1913 with 11,000 mineworkers going on strike. Surprisingly this wouldn’t be the first Colorado coalfield strike, the others took place in 1884, 1894, 1904. The workers were employed by a Rockefeller owned Colorado Fuel & Iron Company and demanded improved working conditions along with better wages. The Colorado Fuel & Iron Company didn’t appreciate the strike and responded by evicting workers from their company-owned homes. This forced workers to setup tent cities in the surrounding area. The largest tent city was named “Ludlow Camp” with an estimated 1,000 men, women, and children. The strike lasted for 4 months until The Colorado Fuel & Iron Company responded again. This time the company recruited some help known as “Militiamen” or “Private Detectives”, the group would terrorize the tent cities and workers with rifles and shotguns. The workers fought back with gunfire which lasted for about 10 days. In result 66 men, 11 women and 2 children were killed. The only people that were charged for the crimes that took place and the innocent lives lost that day was the workers. However only one of them was convicted and the verdict was overturned by the Colorado Supreme Court. When asked to address the incident The Rockefellers changed their story a few times until they finally decided to stick to the same story which would be labeling the day as an insurrection of immigrants and troublemakers.